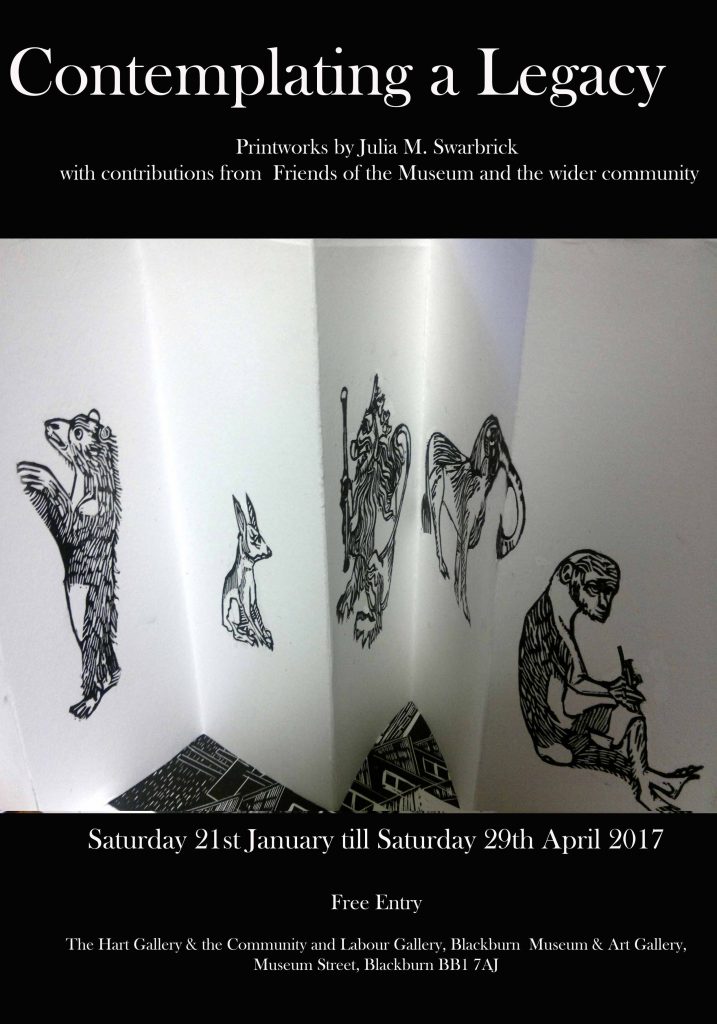 In 1946 Robert Edward Hart, left his large collection of manuscripts, books and coins to the people of Blackburn. Known as the Hart Collection, it includes Psalters and Books of Hours and also some of the earliest printed books by William Caxton. Julia has responded with to the collections various graphic elements with her own collection of relief prints which re-position the imagery of the past into a more Contemporary setting, including Blackburn and the local environment. It is an eclectic response to an eclectic collection populated by fabled characters and beasts both real and mythical. The work touches on a variety of elements in the collection including the Shakesphere Folios, Chaucers Cantabury Tales, travel writings, fables and books of hours.
The exhibition also explores the use of old and new technologies, while making the most of what the Columbian Press has to offer. A handmade book is created using traditional printmaking methods such as hand cut woodblock and lino. Working with the Making Rooms provides an opportunity to use new technology to re-create old woodcuts like those used in some of the earliest printed works of Chaucer. These blocks are then printed on the Columbian Press. The 15th Century meets the 19th meets the 21st.

Here you can see some examples of just some of the work produced during the workshops ran as part of Julia’s printmaking residency at the Museum. This includes prints by members of the Friends of the Museum,  Blackburn Youth Zone, the Community Living Room Project, local artists and a wide range of visitors to the museum.  The various groups have had the opportunity to learn relief printmaking techniques, producing prints both by hand and on the Columbian Press. This gives a flavour of how printing was done historically and how it can be used creatively in the present. 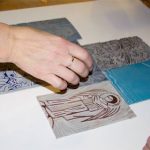 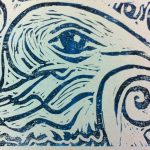 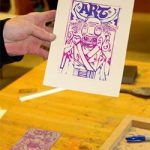 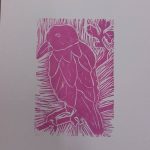 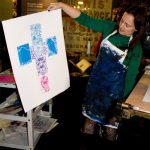 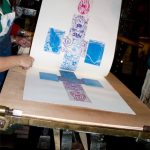 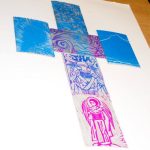 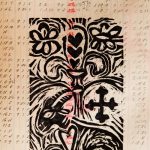 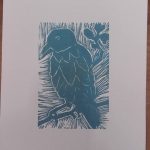 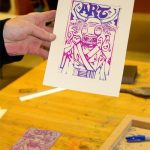 These prints were produced in a workshop with a number of Lancashire based artist including: Ceris Jones , Julia Entwistle, Katherine Hargreaves, Boz Phillips, MisterD ToYou and Kate Eggleston-Wirtz