To celebrate 400 Years of since the birth of William Shakesphere, Blackburn Museum was able to come up with something rather special.

The Museum were able to display an extremely rare and important first edition of Shakespeare’s plays, known as the First Folio, on loan from Stonyhurst College in Clitheroe.

Blackburn’s own Edward Hart collected fine examples of the Second, Third and Fourth Folio, which he gifted to the people of Blackburn for display in the museum. Together with the Stonyhurst First Folio the display they make a unique collection.

I wanted to celebrate 400 years of Shakesphare and incorporate that trusty Columbian Press. So I created a little Octavo from a handcut lino block. The mini book celebrates Shakespeare with representation of eight of his plays. Its all made out of a single piece of paper which is folded and has one single cut. No glue its a simple idea. 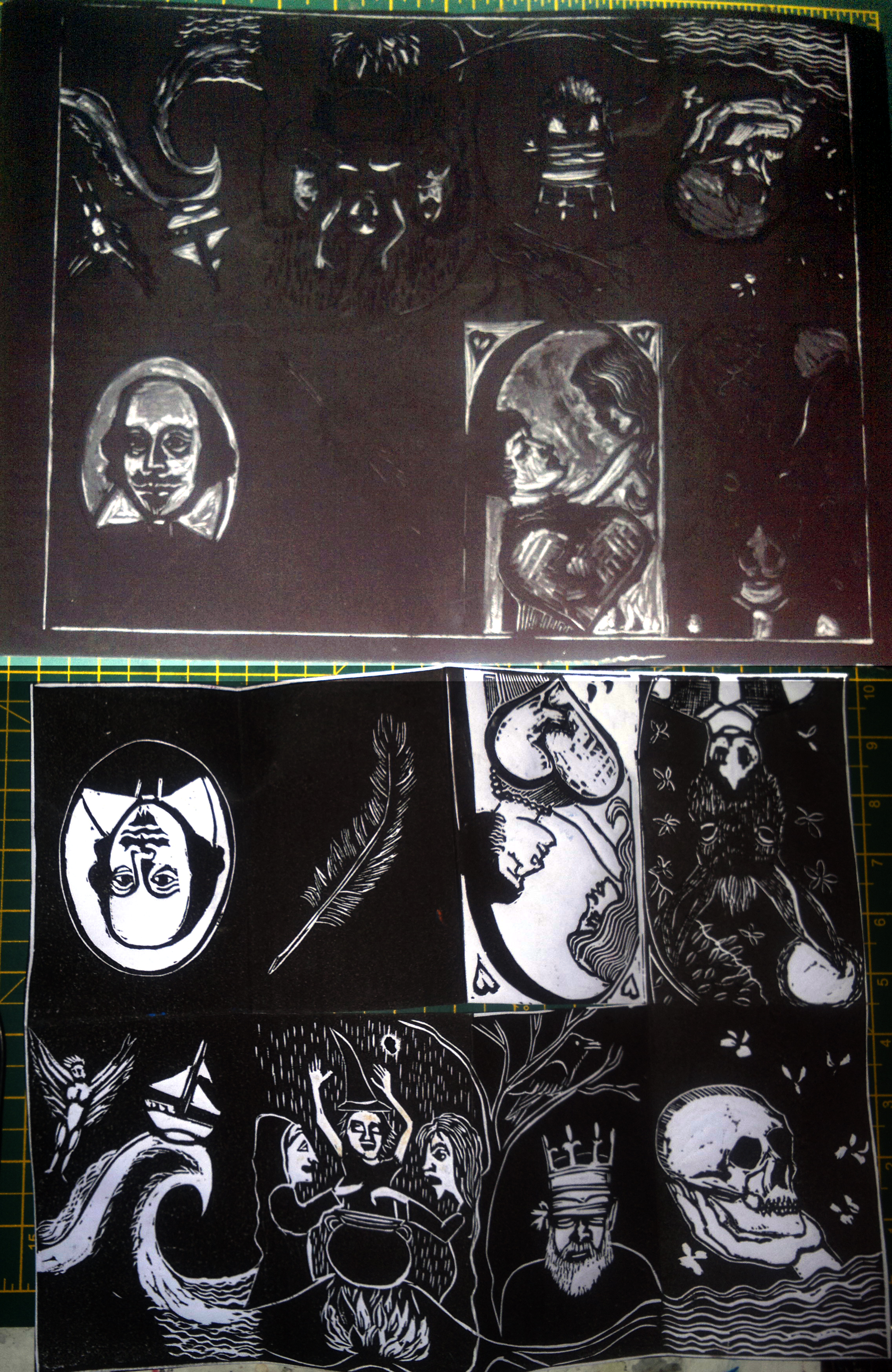