As part of art trail within an art trail I created for Lytham festival I decided to offer a mini printmaking workshop for visitors to the event. Here are some of the results. 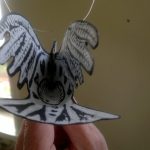 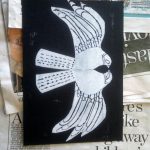 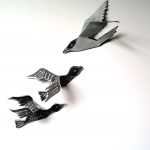 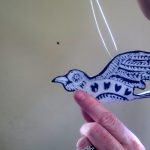 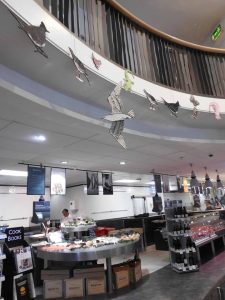 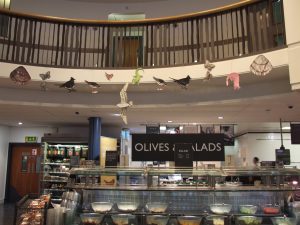 Memories of Moss and Sand is a temporary art trail designed to draw attention to the natural history of Lytham alongside the human story. By draining the moss lands of Lytham and changing the makeup of the sands the Clifton family played an integral role in creating the wealth and prosperity of Lytham. However, today this kind of intervention raises many issues regarding how humanity impacts on spaces for wildlife. We aspire to thrive but we constantly must confront ourselves with the question of how continue to create room for the precious wildlife that sometimes still thrives in these locations.

Handprinted  artists interpertations of the wildlife that would have once thrived this area will be found at key locations around Lytham town centre.  The artworks  are hand printed lino or wood cuts printed on cotton based paper of calico. Cotton is selected as it has been an significant creater of wealth and town development across Lancashire. This includes the popularity of Lytham as a retreat from more industrial spaces.

The Cockles is still common to the Lytham area today. It is a small, edible, saltwater clam, a marine bivalve mollusc. True cockles live in sandy, sheltered beaches throughout the world. They are an important food source for wading birds and other wildlife. They are also a popular seaside snack and generally considered a sustainable source of protein. In England and Wales, people are permitted to collect 5 kg of cockles for personal use. However, pickers wishing to collect more than this are deemed to be engaging in commercial fishing and are required to obtain a permit from the Inshore Fisheries and Conservation Authority. Environmental changes can impact on the lives of the humble cockle and other creatures that depend on it. 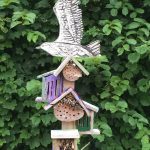 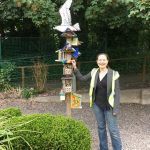 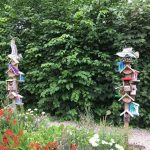 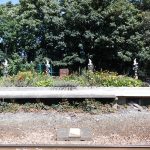 The former Mosslands of Lytham would have been important for a diversity of birdlife.  Lytham estuary remains an internationally important area for migrating birds. The gulls at the station represent the migrating birds while reflecting on the current and historical movement of people in and out of the town.

Lytham is famous for its Shrimp.  This tiny crustacean has been landed in the town for hundreds of years. The shrimp has the potential thrive here because the fresh waters of the River Ribble flood the estuary with fresh water rich in nutrients. Shrimp are important to the eco system and provide food for a range of animals.

The former mosslands of Lytham would have been a haven for a diversity of the waterfowl. My representation of a wading bird is based on the redshank. The redshanks can  commonly be found nesting on the local estuary.  The RSPCB have place the red shank on the Amber list, placing it under a moderate threat 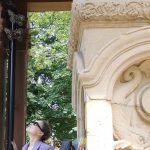 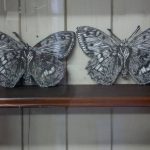 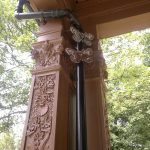 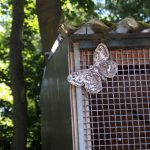 utterflies still find safe habitat in and around the area. Populations of butterflies continue to drop significantly due to increasing loss of habitat.

Once common across the UK. According to the RSPCA  A small, slim finch, widely distributed, and once very popular as a cage bird because of its melodious song.
Linnet numbers have dropped substantially over the past few decades, with the UK population estimated to have declined by 57 per cent between 1970 and 2008. Populations in England and Wales continue to decline. The Linnet is on the red list for conservation 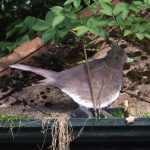 The skylark would once have thrived in Lythams wild open habitat.  According the the RSPB It  is a small brown bird, somewhat larger than a sparrow but smaller than a starling. It is streaky brown with a small crest, which can be raised when the bird is excited or alarmed, and a white-sided tail. The wings also have a white rear edge, visible in flight. It is renowned for its display flight, vertically up in the air. Its recent and dramatic population declines make it a Red List species. 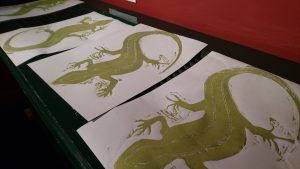 According to Lancashire Wildlife trust Sand Lizards are one of the UK’s rarest reptiles. They favour sandy heathland habitats and sand dunes and can be spotted basking on bare patches of sand. They also lay their eggs in the sand. Sand Lizards are confined to a few sites as destruction of their habitat has reduced their range. 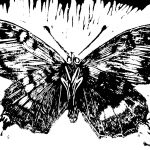 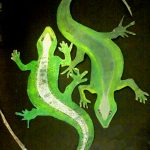 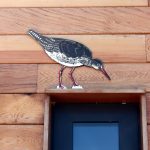 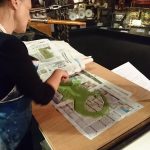